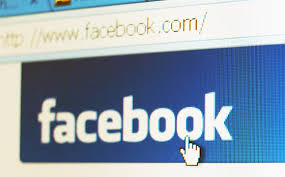 Rightly or wrongly, more and more employers are searching Facebook for background information on candidates.

The most common red flags noted by employers were:-

• Alcohol:
That album of your reckless and carefree holiday …Make this private. About 48 percent discovered information about the candidate drinking or using drugs on social-media sites.

• Crazy Ranting:
That nickname you call your workplace or boss should be nowhere to be found on your Twitter feed. One-third found applicants had bad-mouthed a previous employer.

• Intolerance:
About 28 percent of managers spotted discriminatory comments about race, gender, and religion.

• Lies:
Did you really get degrees in Celtic languages and stem cell biology at Harvard? Just under one-fourth discovered candidates had misrepresented their qualifications through their online profiles.

So as long as you want to be employable, it would be wise to restrain your social-media posts so that they’re HR friendly. Most of your friends probably didn’t want to see those racy pics either.

Leave your details below and we can give you a callback to discuss how we can help you!